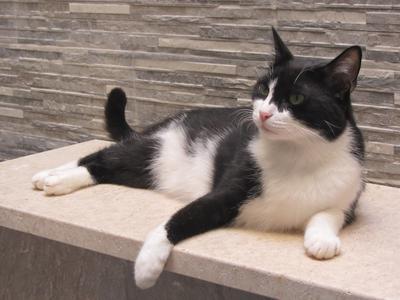 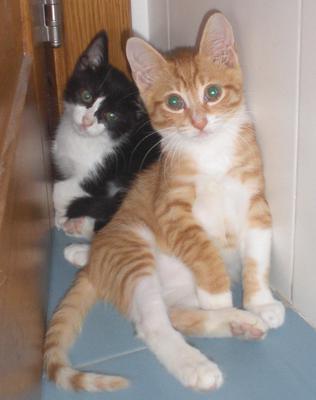 Marley & Randy - on their adoption day 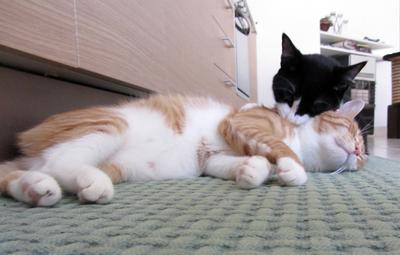 Love is in the air!

I wanted to adopt a cat for my boyfriend (I was more of a dog person).

So we went to see these 2 little angels: 1 ginger and white and 1 black and white kittens (both 8 weeks old), and we had to choose 1.

They have been rescued from different locations but on the same day (they were both trapped in car engines), and they were fostered together in the same house.

Their foster parents suggested us to adopt them both together as they would keep eachother company while we are at work. But we were not sure if we could handle 2 of them, so my boyfriend made his decision (this was gonna be his cat) and he chose the ginger and white one (which everyone thought was a boy).

I managed to convince my boyfriend and myself that we can handle 2 kittens, so I called back the foster parents and confirmed that we would adopt both of them.

I have to say that this was the best decision I ever made. I just cannot imagine my life without them...

Randy is the ginger and white female - very attached to my boyfriend, and Marley is my black and white cute little monster. He's too naughty! He eats like a little piggy & he's so loud. But he's very affectionate and I love him to bits :)

Join in and write your own page! It's easy to do. How? Simply click here to return to Tuxedo Cats.