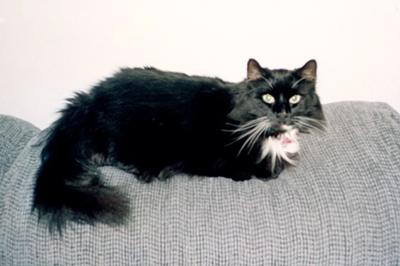 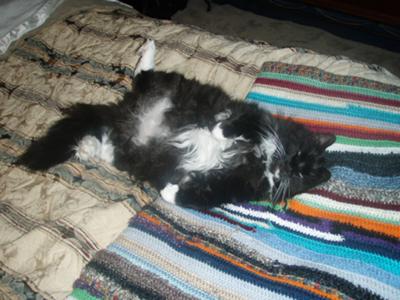 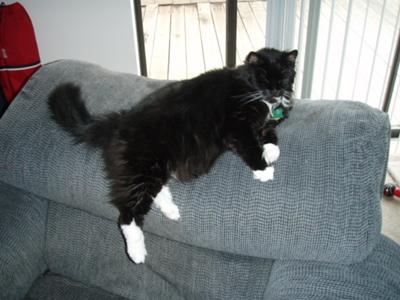 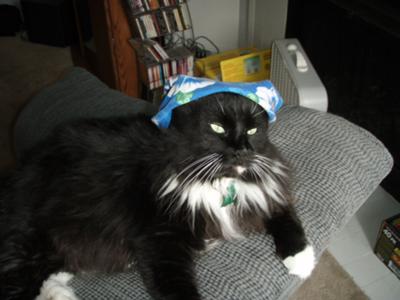 I adopted Rocky in January 2002 after I had to put my other cat down due to congestive heart failure (he was all black). He was at PAWS Animal Shelter in Norwalk, CT. He was living in an apartment with 18 other cats when the owner gave them up. He had contracted flea dermatitis and lost most of his fur. Once they took care of that, he became nervous from being in the shelter and lost his fur again. I was looking for somewhat of a "special needs" kitty and I fell in love with Rocky once I saw his face. I adopted him, bald and scrawny....As of today, nine years later, he's got a full coat and weighs in about 16 lbs!