My White Cat is a Star, Baby! 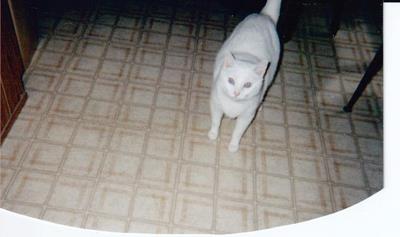 I adopted a white cat in late 2005. I had lost my beloved chihuahua Taffy in mid July 2005 and had been grieving deeply for months. Because of physical disabilities, I had decided my next pet should be a cat because everyone kept telling me they were easier to care for than dogs. So I started looking on-line at PetFinders.com months before I was ready to adopt. But in mid December 2005 I found just the cat. As soon as I saw her picture, I knew she was supposed to be my cat. She was approximately 3 years old, had blue eyes and had been spayed and declawed.

I made the necessary contacts and went to pick her up on December 23. My best friend, who knew how deeply I had been mourning my beloved Taffy, took one look at her and said "She's arrived just before Christmas. She is your Christmas Star!" I had tried calling her by the name used by the shelter ("Snowflake") but she really didn't seem to respond to that name. When my friend said she was my Christmas Star, I tried calling her Star and she seemed to like it and respond to it. Perhaps that had been her name in a previous home. So, she became Star. My friend also came up with her nick name, Star Baby, because of her obvious star qualities. As she said one day: "She is a star, baby, and you need to start calling her Starbaby" ... and Starbaby she has become.

We think she has had an international cat modeling career before she came to live with me. We keep seeing her picture in ads from around the world. And she has a very queenly bearing and a very stately manner until one gets to know her intimately. Then one sees how very down-to-earth she actually is. Unfortunately, she has never offered to share any of her cat supermodel earnings with me, despite there being many times I sure could have used a little help! I wonder where she has her fortune stashed: probably in a highly secret Swiss bank account somewhere along with a safe deposit box full of diamonds and rare gems. (She has exquisite taste, of course.)

I'm truly privileged to have been allowed to adopt my Star. 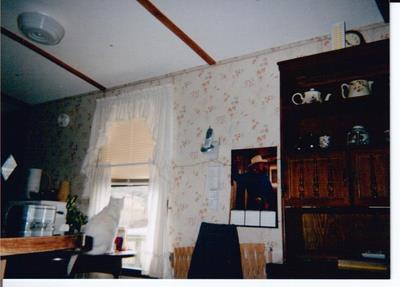