My Introduction to Oliver 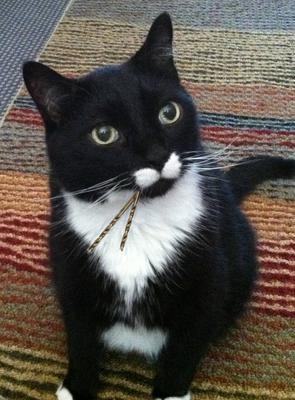 He offered me two drill bits... 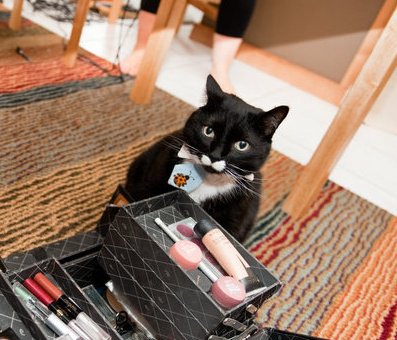 I already have a tie 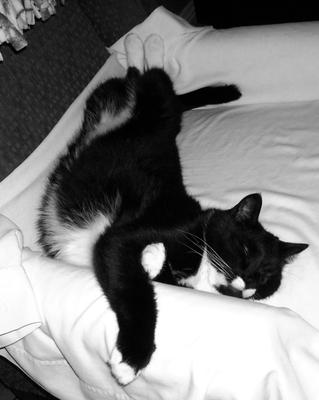 Wake me later if you still need help 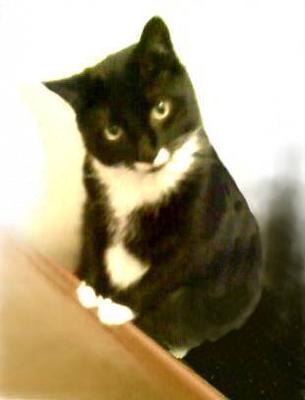 I remember my first encounter with Jill’s new friend Oliver. It was on the occasion of her moving into a new place sometime around 2001, and she had asked me if I would mind bringing my tools along to put up a shelf and to add a new security chain to the door. Upon entering, this fellow Oliver of hers was nowhere in sight, but with my arms full, I was directed into the back room as there was more space there to unpack my gear. I dropped the stuff on the bed, unzipped the tool case, took out my cordless drill and opened the box of drill bits.

Jill called me in the front room where she had the new chain latch in a box, so I tucked the drill and a screw driver under my arm and went to the front door. Removing the latch and screws from the box, I assessed the size drill bits I would need. It seemed like a good idea to drill a smaller pilot hole first, so I was about to turn and go back to the tool box in the back room, when I sensed someone behind me.

As I turned, there stood Oliver. He was impeccable in a shiny black tux and perfect white bow tie. Obviously anticipating my every need, like any perfect butler or valet, he presented me with two drill bits. I must have appeared astonished, as he muttered something unintelligible, like “bbbddddupppt” as he offered them to me.

And indeed although he was incoherent, and the reason was obvious, I knew exactly what he meant; as I would for the next thirteen years he was with our family. It was, of course, his universal acknowledgement of my presence, a greeting, as it were. And the fact that he had the drill bits in his mouth. And that he was a cat.

Amazed, I took the bits and thanked him. With a flip of his head, he again murmured “bbbdddduppt”, and waited to see what was next on my agenda. I took the first screw out of my shirt pocket, and then looked at the bits. They were the right size.

And with that, his task accomplished, he walked away.