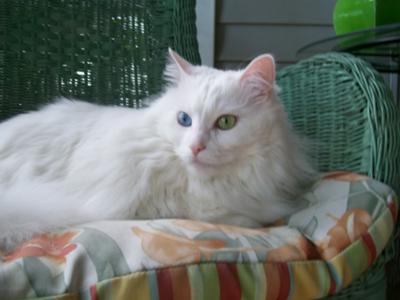 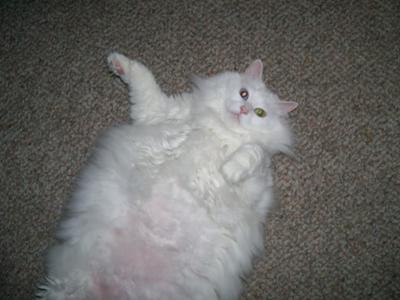 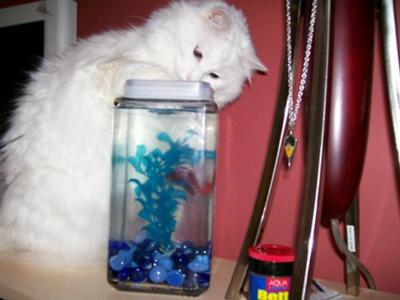 In September of 2005, I learned I was pregnant. Sadly, by November I had miscarried. My due date would have been May 5, 2006. As that day approached, I grew more and more sad. On May 4th, for reasons still unknown to me, I decided to look at the Humane Society website. I had never looked at it before and have never since. I guess I was just trying to take my mind off things. On the very first page was a beautiful white cat with one blue eye and one green. As I read her information, I learned she was a female, spayed and declawed. I immediately called and as fate would have it, she was still available. Their location was about an hour's drive and they were closing shortly, so I made arrangements to come there the next morning. I will never forget the first time I saw her! I learned from the worker that she had been abandoned; an employee found her there the next morning in a box. They knew nothing of her history but estimated her age to be 2. I completed the paperwork and took her home and she has been part of our family for 4.5 yrs. I decided to name her Joolz (Jewels)as her eyes are the color of a sapphire and an emerald and her fur,like a diamond.

I believe she was meant to be mine and I still haven't decided who needed the other more. I can only say she helped to heal my broken heart.