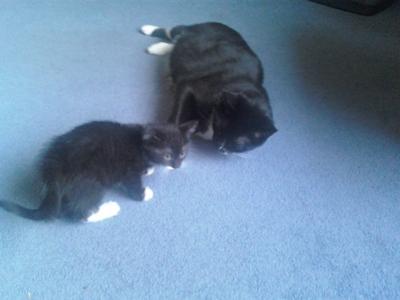 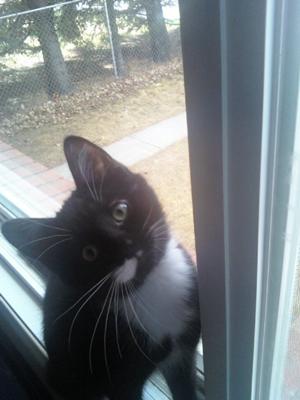 I have two tuxedo cats. Fred is an old man, he's 12 years and we have had him since he was 4 years. I just got Dazy in March for my daughter since her other cat ran away, she's almost 6 months old now. We call her Crazy Dazy since she's a little wierd. She is very hyper and loves to attack Fred for no reason at all and she plays with my daughter by hiding behind things and then running out at her, she's very fast. Both of my tuxedo cats hate being held so I find it very funny that people think they are affectionate, I would like to meet a Tuxedo cat that likes to be held and cuddled. Every time any one of us (except my daughter) pick Dazy up to cuddle her she growls and hisses at us until we put her down or she jumps from our arms. Fred doesn't growl or hiss but he stiffens up when we pick him up and he pushes to get away. Other than that, these are very smart cats. Fred is very vocal when he wants to go outside or go to bed (he sleeps with me). Dazy is more vocal than Fred all the time, and she likes to grab one piece of her food with her paw and chase it around the kitchen before she eats it. Dazy also likes to make me mad, she knows that she is not allowed around the plant in the living room and does it on purpose because as soon as I say her name she runs away from it but she will come back again and again, taunting me. Me and my kids love our cats and wouldn't trade them for cuddly ones...haha. 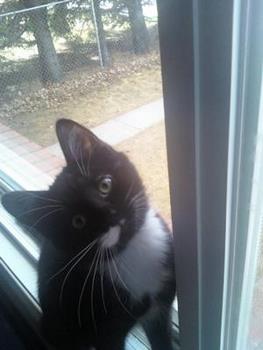