Finally got a picture of Angel 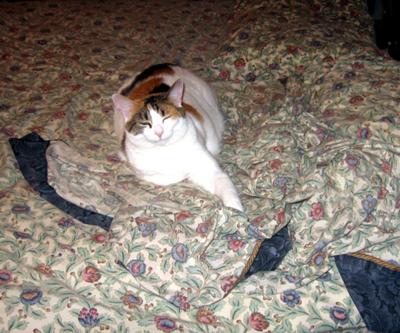 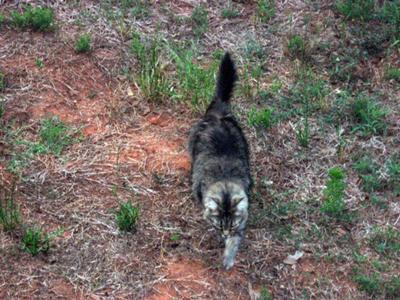 Here it is. She is the calico. Guess where she is when not behind my head or under my feet.

The other picture is her sister Baby J.


My little dog actually found Baby J. She started barking in March of 2008.

I went outside to see what she was barking about.
I was living in Ky. at the time and it was very cold out. She was laying in the bushes in front of the house. She hadn't had her eyes open very long. I took her in and hand raised her. Angel came in May. The 2 immediately formed a bond with each other. Baby J acted like a mother to Angel even though they were about the same age. I later found out that a neighbor's cat had kittens. He thought that the trailer park had caught all of the litter and disposed of them. The park caught cats and kittens in wildlife cages and dumped them miles from home. Baby J is as mean as Angel is sweet. All of my babies are rescue babies. I had 5 (2 dogs, 3 cats)now I have 4 since my Razzy disappeared.