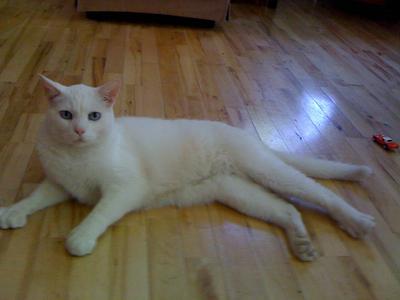 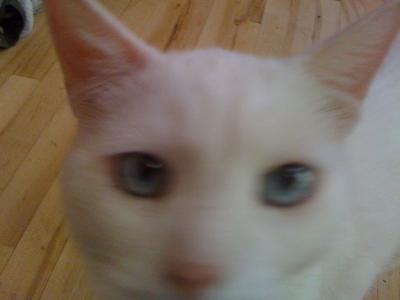 We had a wonderful white cat with big round blue eyes. He was short haired and had a total of 24 toes. He had such a human personality and if not watched carefully would eat people food including salads. Crookshanks only lived 10 years. He developed diabetes and was very good about getting his daily insulin shot. In February of 2012, he went into renal failure and passed away. I still miss him. There will never be another guy like him.

Note from webmaster: Click on thumbnail to enlarge picture.